Lake Effect snow bands from Lake Superior occur at Big Powderhorn when cold air, often originating from our neighbors to the north, moves across the open waters of the world’s largest freshwater lake by area, Lake Superior. The coldest and deepest of the Great Lakes, Lake Superior is a colossal snowmaking machine.

Hence, this region of the Upper Peninsula became known in the snowsports world as “Big Snow Country” after the bountiful Lake Superior natural lake effect snow. 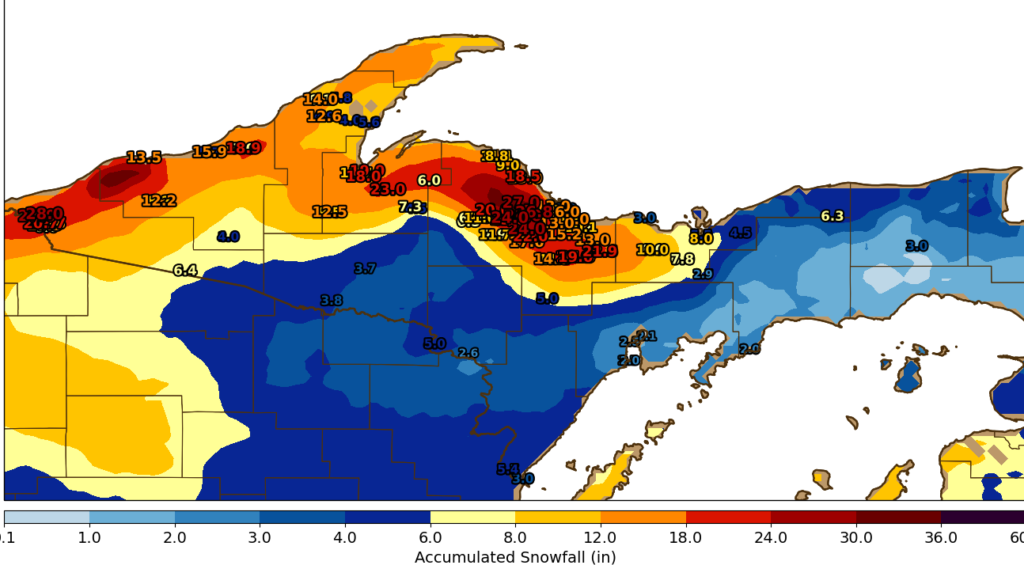 As cold Canadian air passes over open Lake Superior water, warmth and moisture are transferred into the lowest portion of the atmosphere, and a Lake Effect powder day is born.

Wind direction and geography are important in determining who will receive lake effect snow. Heavy snow may be falling in one location, while the sun may be shining just a mile or two away in either direction. The physical geography of the land and water makes Lake Effect snow powder days a very localized phenomenon. Big Powderhorn Mountain is ideally situated for the big lake effect powder days that made the “Big Snow Country” of the Gogebic Range famous among skiers in the Midwest for it’s natural lake effect snowfall and giving you more POWDER at BIG POWDERHORN. 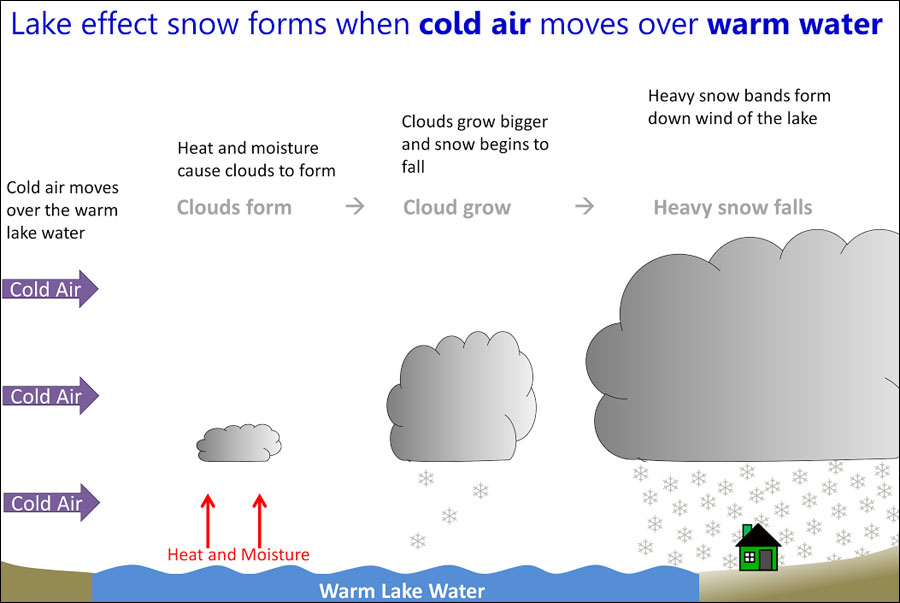